Nicolas Rossignol was born 1974, the 5th generation of winegrowers in Volnay. He makes the vinifications since 1994 on the family estate ROSSIGNOL-JEANNIARD.

Also in South Africa at BOSCHENDAL in 1995 and then in Bordeaux at Château LA CARDONNE manage by Château LAFITE ROTHCHILD.

In 1997, he created his own estate with 3 ha on the village of Volnay, Pommard, Beaune, Aloxe-Corton et Pernand-Vergelesses.

In 2011, only one label « Domaine Nicolas Rossignol » with 30 different appellations in total. The vineyard moved to Beaune for more space.

In 2014 an other 1.5 ha on Pommard 1er Cru and Pommard increase the production of the estate.

For 2016, Nicolas is planning to build a new winery to continue to produce good wine. The estate is about 17 ha today.

The vineyard is managed using reasoned viticulture methods, taking account of the lunar influence, both during cultivation and the production &elevage of the wine. No chemical herbicides are used: soil maintenance is ensured through light ploughing. 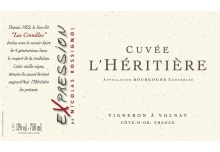 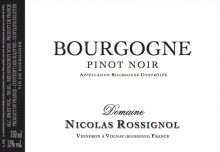 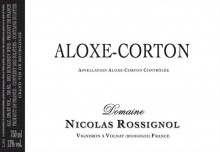 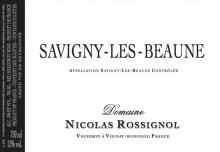 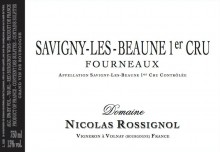 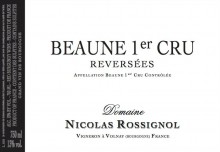 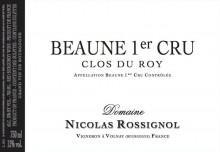 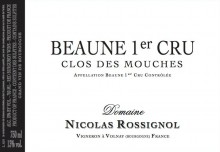 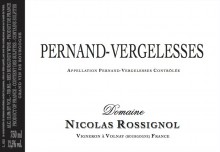 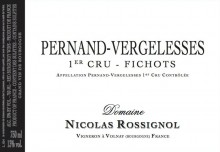 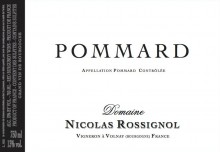 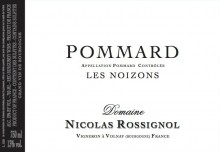 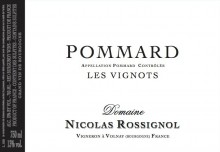 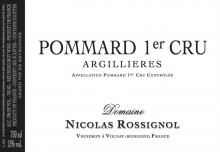 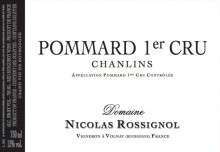 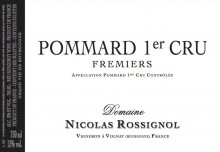 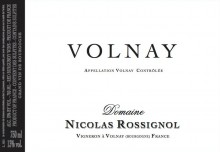 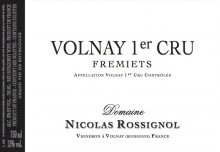 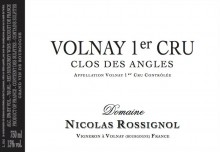 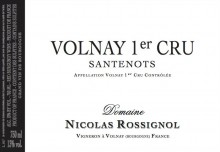 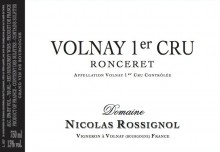 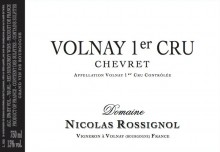 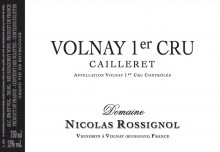 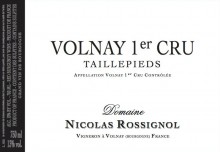 Harvest date: 17/09 –Yet another year that started well but which unfortunately ended up being spoilt by hail in late June. Fortunately, the little harvest that remained ripened perfectly and stayed healthy, producing deep wines such as the 2012 and well-rounded wines like the 2013. A very fine vintage for the future.

Harvest date: 02/10 –A late harvest, made worse by the hail in late July, but which saw a magnificent end to the season in September and October (as was also the case in 2014) producing well-ripened grapes. Well-rounded gourmet wines that can be drunk as of now

Harvest date: 22/09-What would have been a great year if it had not been tainted by the hail in late June, even if no ill-effects are apparent in the wines themselves, which have a very deep and concentrated taste owing to the low yields. These wines should be kept for a little while before drinking.

Harvest date: 27/08 –Early vintage, but one that did not suffer any high temperatures or other adverse conditions during the ripening period; they are fresh and pleasant wines that can be drunk as of now or keep for several years

Harvest date: 23/09 –After the rich and exuberant wines of 2009, those of 2010 are more much subtle, yet retain a full-bodied and smooth flavour. Pleasant wines that can be drunk as of now or can be aged.

Harvest date: 22/09 –Everything was perfect! After a summer where the weather was chaotic, the miracle happened in early September, with a northerly wind that helped the grapes to dry, followed by 3 and a half weeks of uninterrupted sunshine, the ideal conditions for ripening grapes.

Harvest date: 27/08 –One of the great classic Burgundies, with wines that perfectly express their terroir of origin. An early year with an abundance of light allowing for good photosynthesis and good phenolic ripeness.

The elevage (i.e. the stage between fermentation and bottling) can vary from 10-20 months depending on the vintage. This takes place on fine lees; the wines are never racked. The casks, and in particular the origin of the wood, are carefully selected in order to best comply with the agreement between the terroirs and to ensure the character of each wine. The percentage of new casks used is adapted according to the year and the terroir, between 0-50%.

Malolactic fermentation is delayed so that it only occurs about 6 months later, in the following Spring, thereby giving greater aromatic complexity and structure to the wine. The lunar calendar will influence when the elevage ends: the wines on the lees are racked and mixed together so as to homogenise the content of the vat.

The wine is bottled a few weeks afterwards without fining or filtration.

After vatting, the juice is lightly “pumped-over” to ensure it is mixed evenly.

Alcoholic fermentation begins thanks to the yeast naturally present in the grape must. This process usually lasts between 6 and 8 days. It is monitored on a daily basis by measuring the sugar content and ensuring proper temperature control.

Various procedures must be carried out during the fermentation process:

-The “punch-down” or “pigeage”, which consists in placing the grape solids that have formed on the surface during fermentation at the bottom of the vat. This step helps to better modulate the extraction of the flavour, aroma, etc. from the grape solids.

– Pump-over or remontage whereby juice is pumped up from the bottom of the tank and splashed over the top of the fermenting must. This step helps to oxygenate the wine and to refine its structure.

The frequency as well as the length of the punchdowns and pumpovers vary depending on the vintages, taking account of the harvesting conditions. A technical tasting is performed every day to determine the length of time needed for the vatting process. The free-run wine (liquid) and first press wine (pressed solids) are separated out and then reincorporated if necessary after tasting. The wines are then casked using the force of gravity.

The harvesting is exclusively carried out by hand using tradition-based Burgundy wine-making techniques. Each bunch is placed by the grape gatherers into small 8kg boxes, thereby avoiding any further handling between the time they are picked and the time they are sorted. The harvested grapes are not “crushed”.

The sorting process in the vat room is an essential step :

The bunches can then take one of two different paths :

The grapes are then transported via a conveyer bent to the vat, ensuring the fruits remain intact.